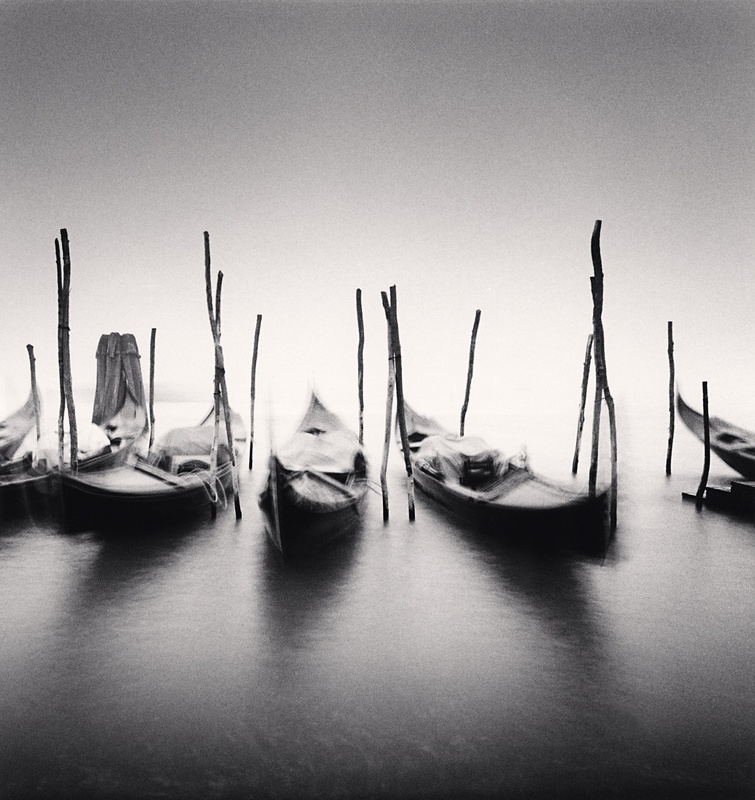 An exhibition celebrating the life's work of Michael Kenna, one of the most acclaimed landscape photographers of his generation. His photographs have been the subject of some 50 monographs and are held in the collections of over 100 museums worldwide. His work is presented in collaboration with Huxley-Parlour Gallery.

Kenna only photographs his work in black and white, as he believes 'black and white is immediately more mysterious because we see in colour all the time. It is quieter than colour.'  He prefers to photograph on his own, in silence, creating a sense of calm, solitude and tranquillity in his photographs. As he states, 'I prefer suggestion over description. The world is pretty chaotic, seemingly always speeding up and getting louder and more visually dense. I am interested in finding and creating calm shelters from the storm, places where quiet and solitude is encouraged and inner contemplation possible. I think we could all use a break from time to time.'

Kenna does not seek to present an accurate copy of the world, but to extract something original and emotive from it. He prints all his own work in the darkroom, ensuring that the tonality of his small, black and white images is evocative rather than informative, interpretive rather than documentary.

Kenna currently lives in Seattle with his wife and children. His photographs are held in permanent collections at the Bibliotheque Nationale in Paris, The National Gallery of Art in Washington DC, The Tokyo Metropolitan Museum of Photography and the Victoria and Albert Museum in London. He has been exhibited globally including solo exhibitions in the United States, India, Japan and South Korea. Kenna is also the recipient of numerous awards including the Imogen Cunningham Award in 1981 and in 2003 he was made an Honorary Master of Arts at the Brooks Institute in California.