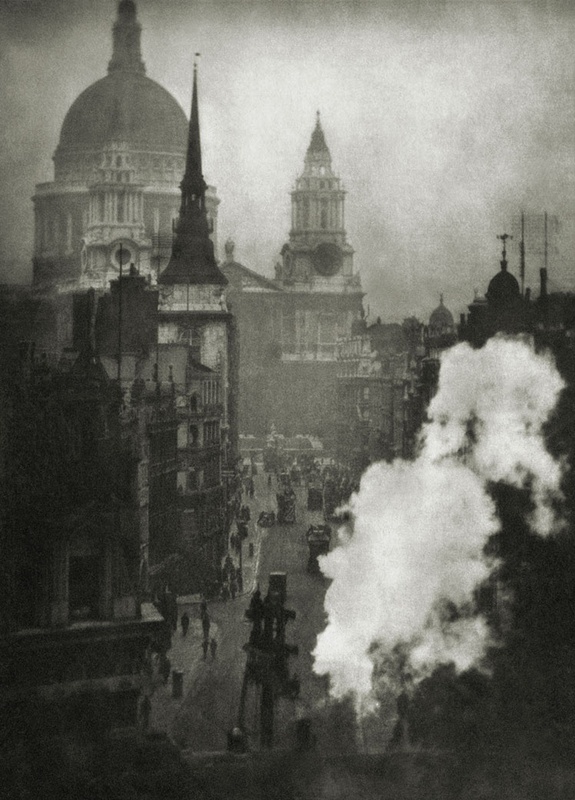 We are delighted to introduce a collection of 20 photogravure prints of London in 1909 by American great Alvin Langdon Coburn (1882 to 1966), one of the forgotten heroes of early 20th century photography whose prints remain among the most striking images of his era.

Although he was born in America, Coburn was entirely at home in England and thought London the most photogenic city in the world. He was fascinated by capturing its many moods. As a master of the impressionistic photograph, he pioneered the use of the soft-focus lens which produced the less sharply defined and highly shaded photographs that became a Coburn trademark. In 1909 his haunting views of London - its buildings and monuments, the Thames, scenes of daily life - beautifully convey "an impression utterly different from that which any of the other capitals of Europe can produce" Hilaire Belloc. Coburn was never conventional, and in this series of works he invoked an image of London that was hauntingly unique and different.

The London that Coburn photographed in the first decade of the twentieth century was a far different one from the great metropolis of today. It was the heart and soul of a worldwide empire that had not yet begun to show the obvious signs of strain that the post-war period would accelerate, and it was still the commercial and financial capital of the Western world. It was a considerably more innocent city than it would become a few decades later - reflecting the 'calm before the storm' perhaps, and Coburn's photographs accentuate this aura of serenity and self-confidence. From the majestic lions - the eternal symbol of empire - at the foot of Nelson's Monument in Trafalgar Square, to the incredible buildings of Parliament, St. Paul's Cathedral, Westminster Abbey, London Bridge, and The Tower of London, Coburn captured the familiar sights of the great city as no artist has since that time. "Coburn has had his imitators, but few equals and only an artist thoroughly at ease with both his craft and his subject could have produced such compelling images." Hilaire Belloc.

Coburn was born in Boston, Massachusetts and was a key figure in the development of American pictorialism and the subsequent transition to abstract and modern photography that followed. He was the first major photographer to use elevated viewpoints, and his most famous photographs were his aerial views of New York, in particular The Octopus, New York USA 1912. In 1916 the Vortograph photographs Coburn produced were the world's first truly abstract photographs and he has been called "the most important photographer of his generation to expend significant energy on illustrating books" (Goldschmidt & Naef) - most notably London 1909 and its sister publication of the same format New York 1910; along with perhaps his most famous book Men of Mark 1913 which contained portraits of the most venerable European and American authors, artists, and statesmen of the early twentieth century.

"Coburn has one of the most fascinating archives in the history of photography. He started his career in a Pictorialist style when photographs looked more like paintings but went on to pioneer the modernist approach that followed as tastes changed towards the end of WW1. Along with its sister publication New York 1910, his book London 1909 is considered one of the cornerstone photobooks of the twentieth century. He was a meticulous printer who mastered many varied and complex processes and the prints you see in this exhibition were made in his home at Thameside, an old four-storey house by Hammersmith Bridge. Using two copperplate printing presses he made all the gravures for this book, etching and steel facing the plates, and pulling the prints himself. The prints have a charming elegance with warm blacks and subtle shades of grey." Luke Whitaker

This exhibition is brought to you online from an original first edition of Coburn's very first book London 1909 which has been generously shared with us by a friend of the Gallery. It was published by Duckworth & Co. in London, and consists of 20 hand-pulled photogravures. Each of the prints are approximately 8x6", tipped-in one per page on original Morocco-backed boards and the book is titled in gilt on the upper cover. The prints are from Coburn's own press, made in 1909.

"I think I may claim that the photogravure prints in my books can be considered as 'original prints', and which I would not hesitate to sign…. I prepared the printing plates myself, by etching and still facing them; I ground the inks and pulled the plates on various grades of paper until I had a specimen for my printer to follow… no one will ever know save those who have experienced it, what such an undertaking involves." Alvin Langdon Coburn, Truthful Lens, New York 1910. 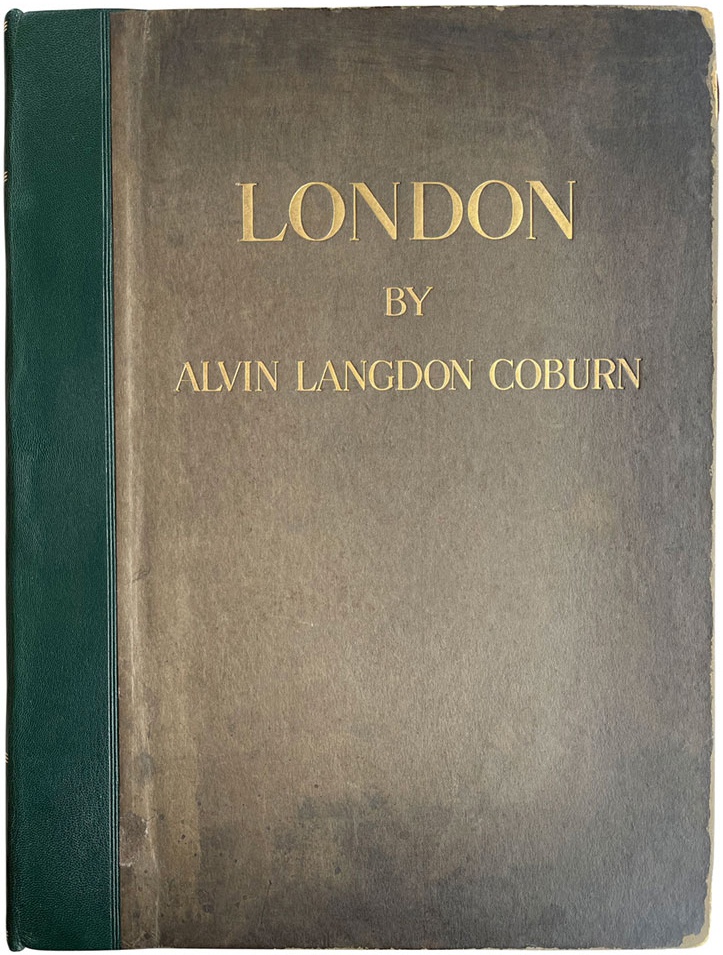