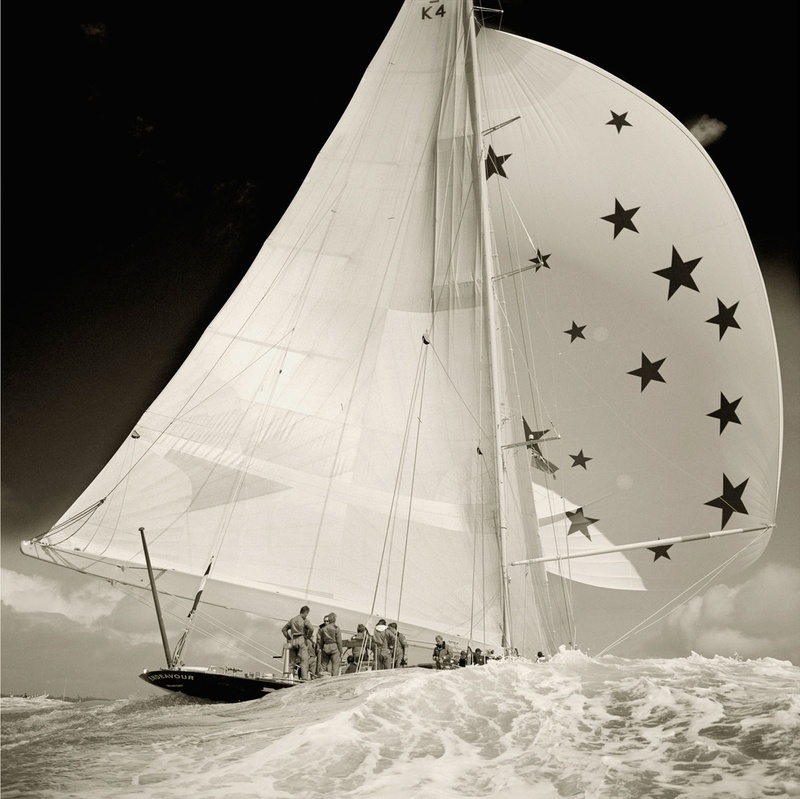 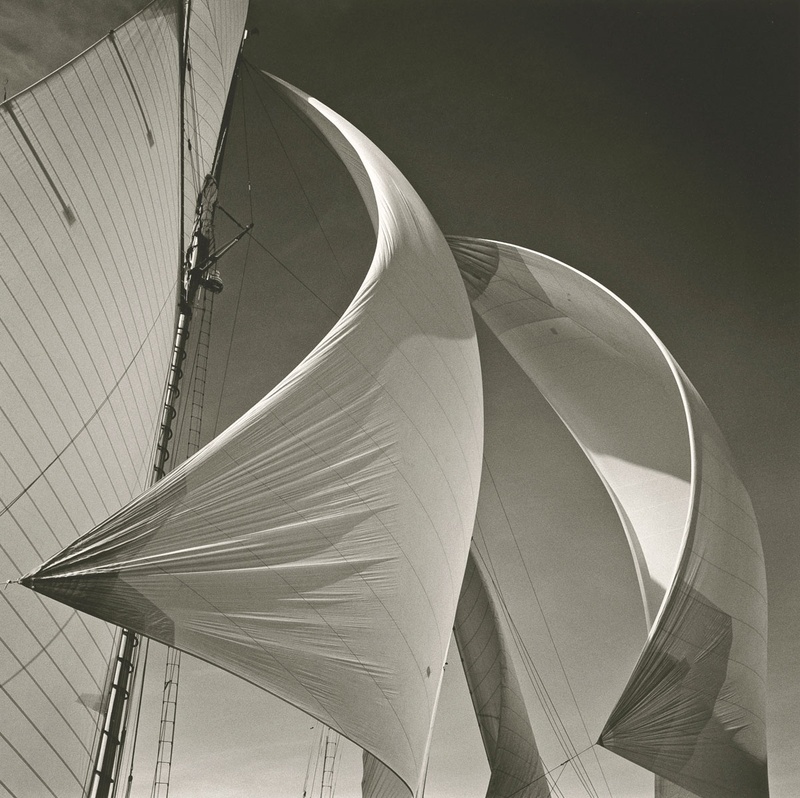 We are delighted to present a spectacular new collection by internationally renowned marine photographer Michael Kahn The Spirit of Sailing. Working with his 1950s camera, Kahn is famous for his exquisite photographs of the world's finest boats and pristine seascapes. He captures his photographs on traditional black and white film and produces luminous silver gelatin prints in his darkroom. With a distinctive sense of composition and attention to tonal relationships, the emotional force exhibited in Kahn's photographs has elevated him to one of the most memorable art photographers of our time.

Millions of people have enjoyed Kahn's stunning sailing prints in prominent art galleries and museums throughout the world. Presented for the first time in the UK, this sumptuous collection is a visual escape that evokes a visceral longing for the sea. In these works you can feel the waves rushing under the hull, taste the salt spray on the wind and hear the creak of the mast as the sail fills.

"What makes people so passionate about sailing? Seldom in human history has something as beautiful and functional as the sailboat been created. Sailboats represent the ability of people to work with nature, to harness the power of the wind and endure the strength of the sea. From the steam-bent frames and planks to the miles of rigging, the sailing boat is truly a work of artistic architecture. Rarely has a machine been made that meets the needs of people so perfectly and is as lovely and as graceful as the sailing vessel. As to the romance of sail, few inventions have evoked more art than the great ships fighting through storms and calms. Paintings and poetry, songs and photographs have all come from our infatuation with the sailboat." Michael Kahn.

"Kahn's enduring love affair with sailing and photography has seen him produce work which is instantly recognisable. His photographs capture the pure joy of ghosting across a mountain lake or rounding an island and beating the tide perfectly" Luke Whitaker, Curator.

"I handhold the old cameras so I have a small success rate of about 2 per cent. I have twelve exposures on a roll of film, and I hand-wind the film through the camera. So I take a picture, I crank, I take another picture, I crank and then the boat is gone and we set up for the next shot. It forces me to shoot less and think more" Michael Kahn.

Represented by international galleries, Kahn's work is also held in the collections of major corporations such as MBNA Bank, Pottery Barn and Ralph Lauren; MGM and Warner Brothers also feature his photographs in set designs of films. His images have been showcased in prominent magazines and newspapers such as National Geographic, Architectural Digest, The New York Times, and Wall Street Journal. His most recent book entitled The Spirit Of Sailing is now on show in the gallery. He currently lives in Chester County, Pennsylvania USA.

Michael Kahn hand prints his marine photographs using a process he has developed over many years researching and working in the darkroom. His warm, sepia toned images demonstrate his expertise as a fine printer - the results are unique photographs of unrivaled grace and tranquil beauty, available in editions of 50. Full artist biography here.