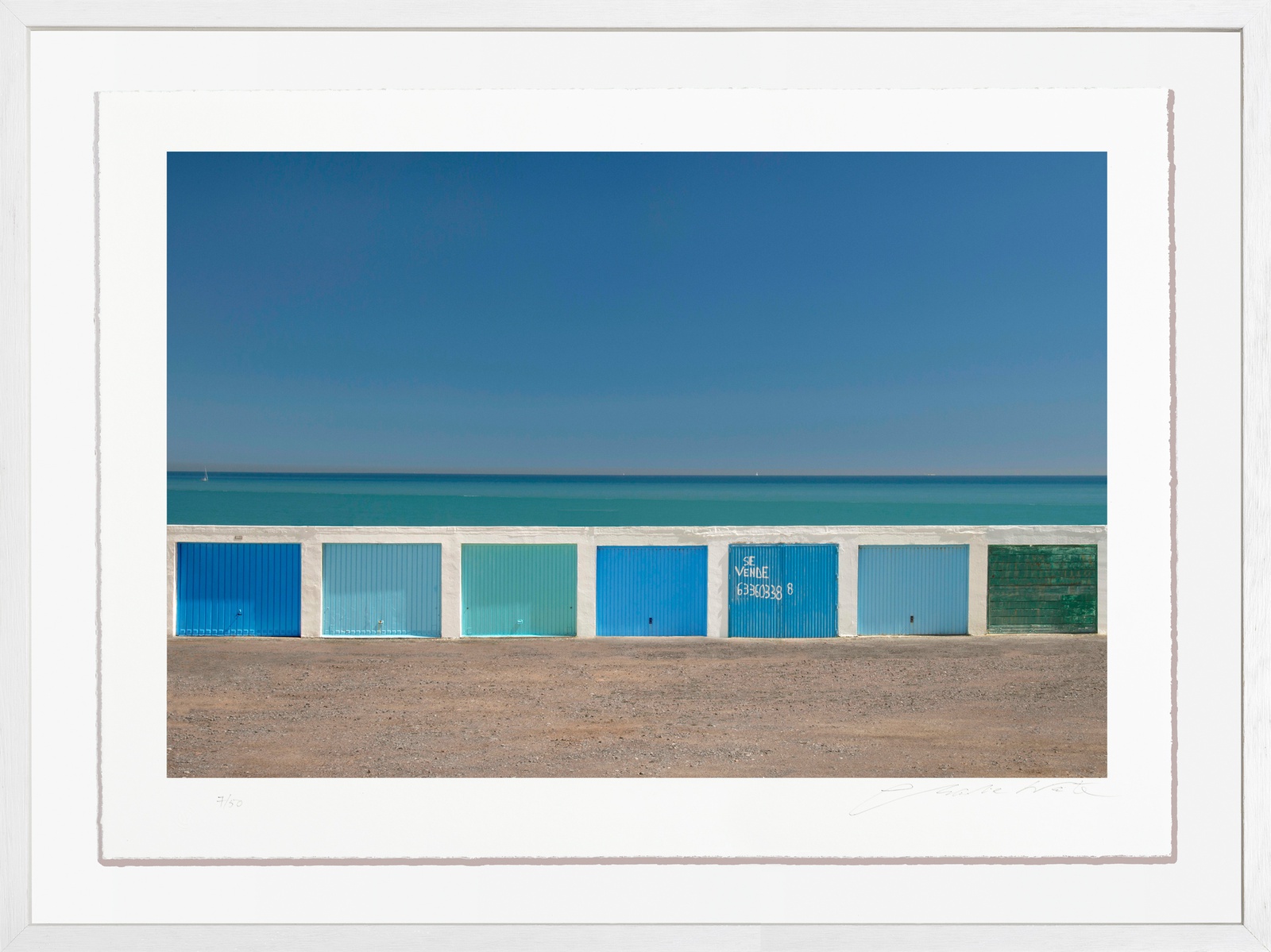 'I had passed these garage doors many times, and on each occasion, I felt that there were elements that conflicted with one another, yet not confident that I could identify...
Read more

"I had passed these garage doors many times, and on each occasion, I felt that there were elements that conflicted with one another, yet not confident that I could identify which these were.

Finally, I concluded that it was the sky that seemed to be the culprit. It was paradoxical that so often I thrive on a sky laden with building cumulus or high cirrus and normally don't care for an uneventful sky made up of monotonous blue. It took me some time to accept the complete lack of cloud.

Yet it was that cloudless morning that allowed the colours in the garage doors to find themselves again in the sky and sea beyond. The white garage surrounds providing, in the main, the only white in the image seemed to replace a need for any scattering of cloud. To my mind, cloud is often random in shape and density, and apart from exposure, the landscape photographer has little control over its behaviour.

Had there been clouds, they may have diminished the stark expression of the band of cold garage doors and might have ultimately loosened the photograph. There needed to be some austerity.

For a long while, I was troubled by the last door to the right. I could barely find any colour within the sea to match its green shade. Thankfully, it was distressed and there was a hint of virtually the same colour to be found under the horizon line. Finally, there was the telephone number advertising the sale of the garage. It lent a rather comic touch, offsetting the austerity. I was glad of the warm, toned, gravel foreground to contrast with the surrounding blue.

I have become very fond of the garage doors and am thankful that there was no garage-owner community that could so easily have voted to repaint all of them. I guess that the repainting of that far right one would have been welcome although it probably would have been green again. The things that preoccupy landscape photographers!"  Charlie Waite