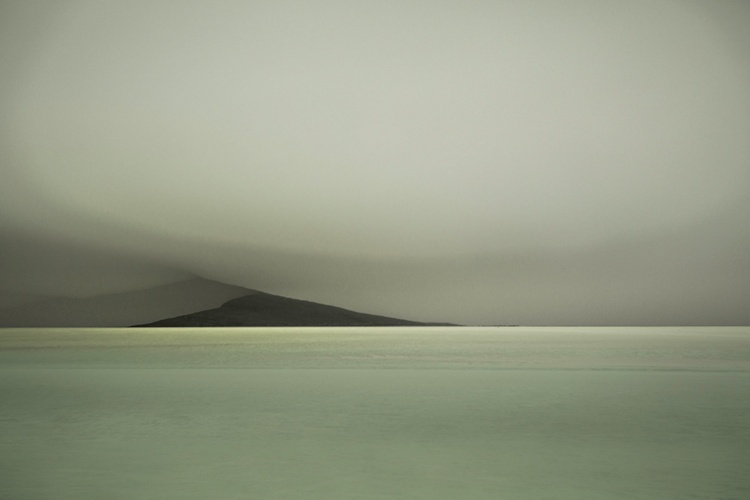 "Mendelssohn had much to say about the Hebrides and it could convincingly be argued that he said it with much more eloquence and harmony than any photographer could possibly hope for. But that's no reason not to try.

This image was taken on my first and much-anticipated visit to the islands. I went alone, spent five days on Harris and fell completely and utterly under its spell. I booked late and had little choice about where to stay so ended up, somewhat improbably, in a small castle surrounded by trout-fishing Americans. Dinner was taken communally, around a large table in an oak panelled dining room and conversation didn't stray much beyond that of angling, American politics and the size of their respective fish farms back home.

So it was that I would excuse myself and go and sit on the terrace outside, watching the day wind quietly down.

It is probably apparent that I have little interest in depicting reality - my concern is to portray my impression of what I see before me. Of course the sky wasn't this shade of what might be described as a soft sea green. However, to me it summed up the atmosphere more succinctly than lively shade of pink that appeared over the horizon. The day had been soft and mellow and I felt the evening should be similarly muted.

For me, an unusually minimalist composition - the light, the water, the gracious sweep of the edge of the distant hill and the quiet creep of nightfall."