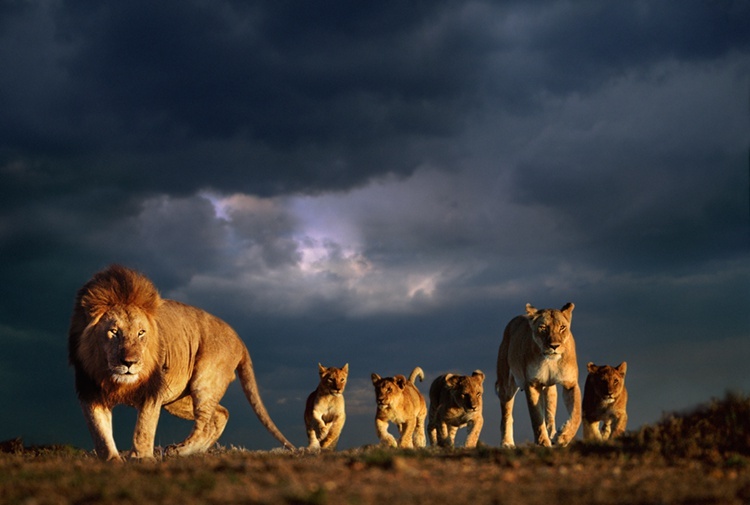 "While we may revere the lion as the ultimate symbol of wild Africa, in reality its plight is no different from that of so many species on the continent.  Encroachment into their habitat by a growing human population, the degredation of their land by domestic livestock and the consequent scarcity of wild prey - is a blueprint for decline.  Just twenty years ago there were about 79,000 lions in Africa; today the numbers may be as low as 23,000. "