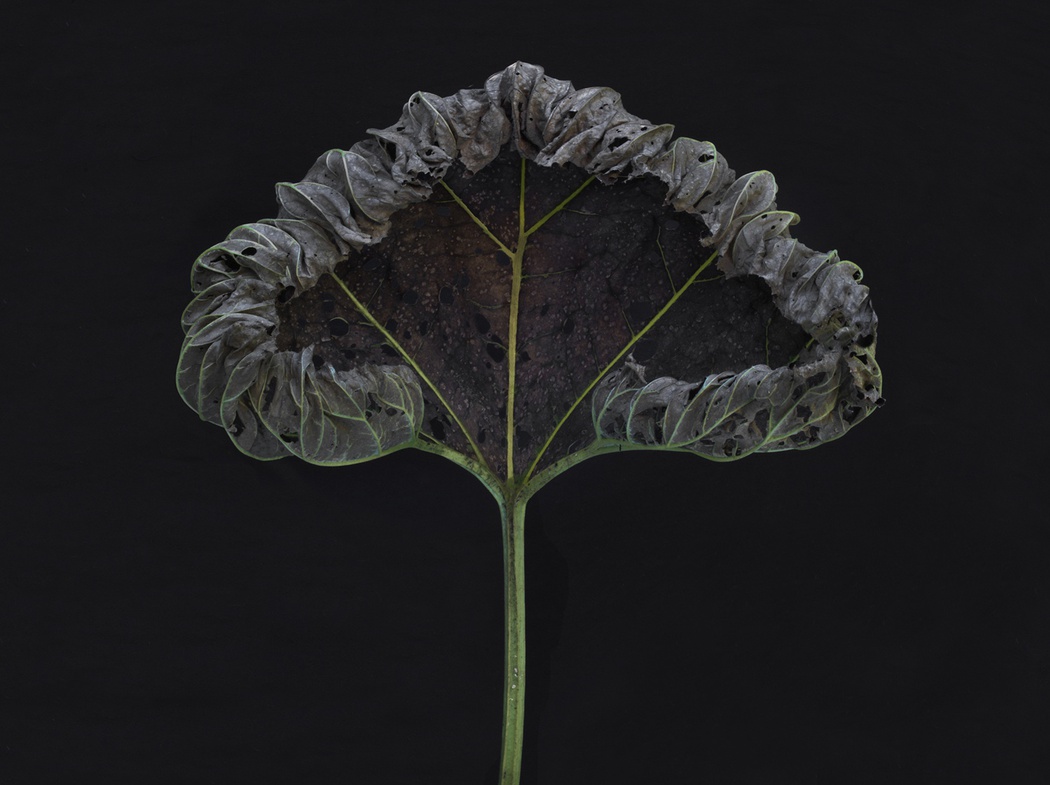 In late October 2016, I had noticed this particular giant rhubarb leaf just beside my office. After mid-morning, as the temperature increased, this magnificent leaf began to change shape, and its outer edges began to furl in towards the centre. I was mesmerised by the beauty of this process. Within an hour or so, the curling process had ended, at which point, I knew that I had to attempt a photograph. It was no longer a mere rhubarb leaf; it had now become a thing of beauty.

There was a muddled background beyond, and I knew that to present and pronounce this marvellous 'living' thing, I should create a black background with nothing to distract the viewer. Thankfully, I had some good quality black velvet, and in less than ten minutes, I had stretched the cloth across two stands to bring it tight. With no wind, and very low diffused light, I was able to allow this extraordinary leaf to tell me how beautiful it could be as it drew near to its last days.

All this may sound fanciful, but I certainly took part in the 'existence' of this wonderful leaf, albeit towards the end of its life, when, paradoxically, it looked more beautiful than in its youth."