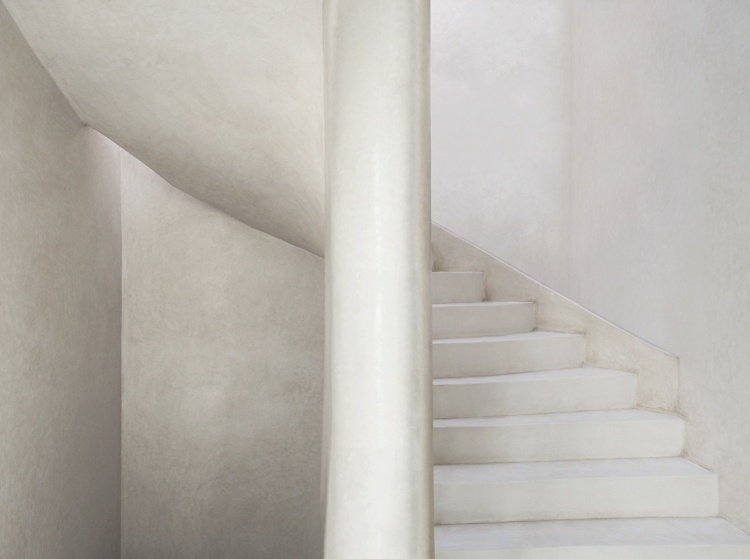 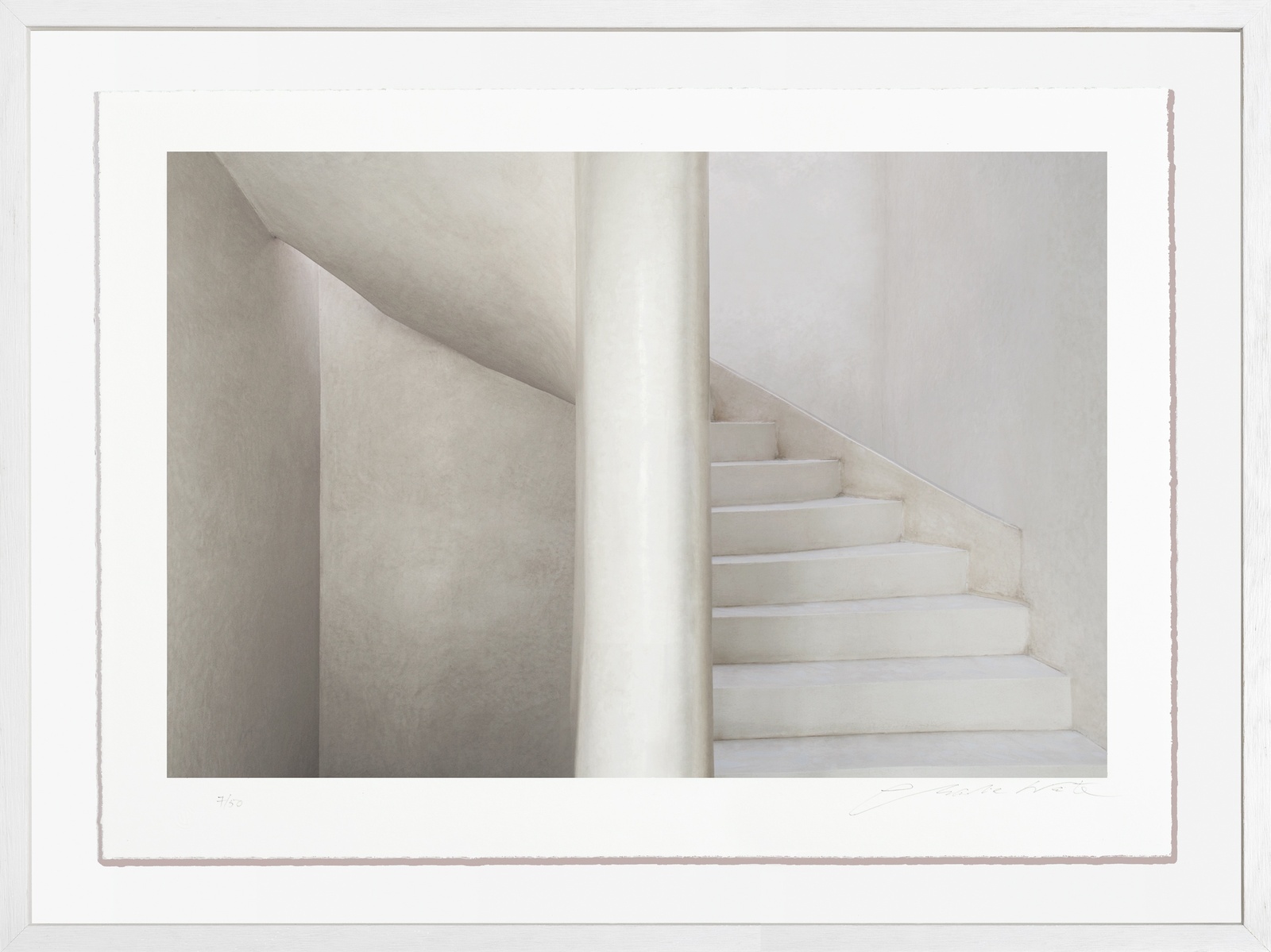 Staircases have appealed to me for many years and the association may have come from the staircase in my family home. It was a completely straight staircase of about twenty...
Read more

Staircases have appealed to me for many years and the association may have come from the staircase in my family home. It was a completely straight staircase of about twenty steps, and periodically I would have a childhood dream of effortlessly flying downward over the staircase and landing safely. To add to my nocturnal flying escapades, I well remember that in many great movies from the past there was often a scene or two where the main female lead would deliver her bombshell speech from the top of a huge sweeping staircase. No doubt from these lofty positions, the speeches would have had greater gravitas and command.

I have long had a great interest in what it is within a scene that arrests the eye and which is then subsequently evaluated and defined sufficiently enough to stimulate the impulse to make a photograph. My great maxim comes from the lips of Henri Cartier- Bresson when he discusses the physical and intellectual joy of photography coming from the head, the heart and the eye being on the same axis.

I felt hugely drawn to this staircase but just as much to the remainder of the image and the fact that the staircase itself occupied virtually only a quarter of the surface area. I found the balance between the collective shapes of the steps and the swollen accompanying quadrant up to the left very aesthetically satisfying, and to my mind, the austere bright central pillar and the vertical wall face to the left fitted neatly in between the rhythmical sweeps either side. All these shapes needed one another.

I was concerned that the patchy, damp-looking patina of the entire tableau would run counter to the elegance of shapes, but there was little that I could do and I chose not to 'over cleanse' the image later. I particularly enjoy the very mild glow of light below where the stairs continue off to an unknown place. Often the smallest element within a photograph can play a most important role.

To this day, I shall never know where those stairs lead.