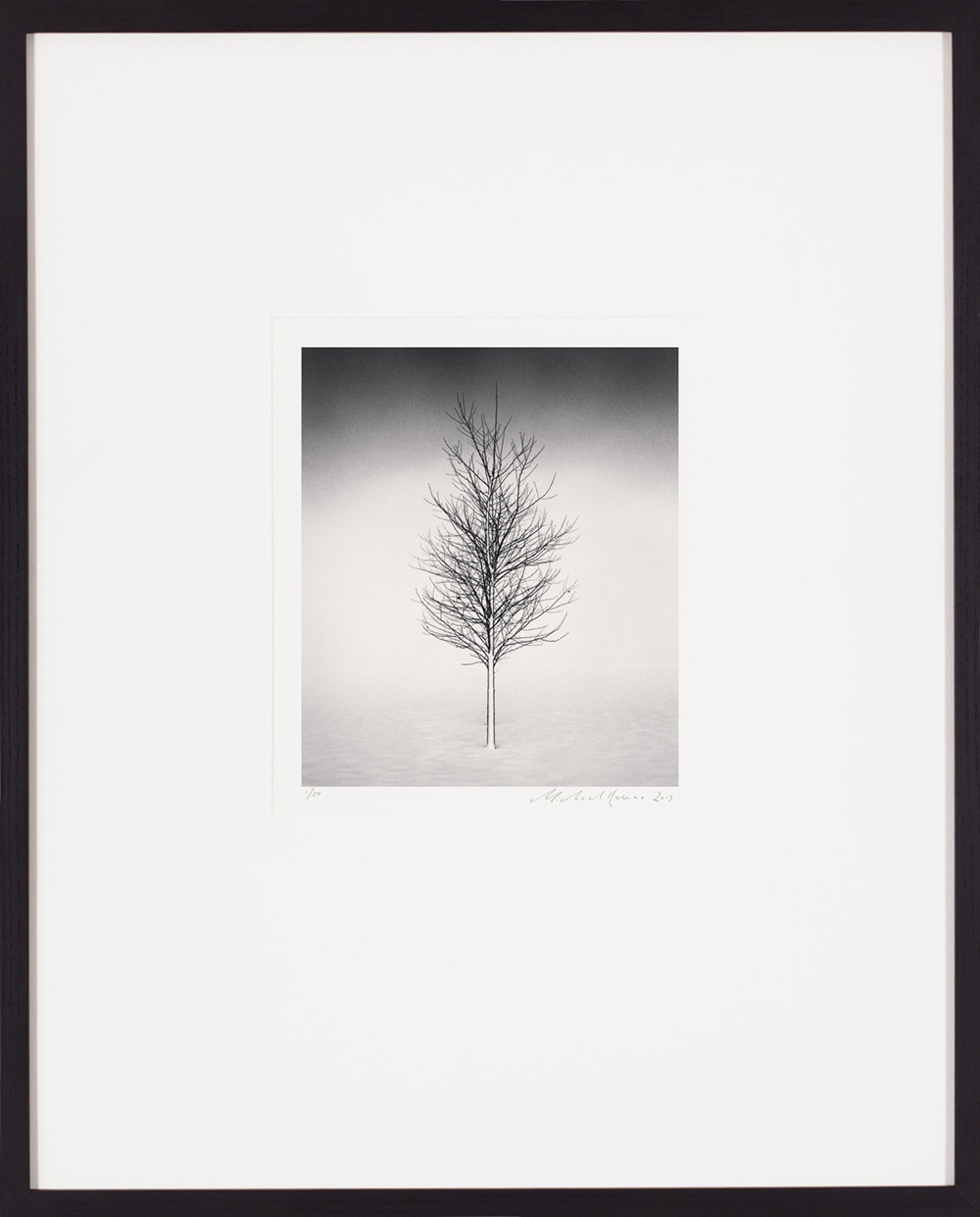 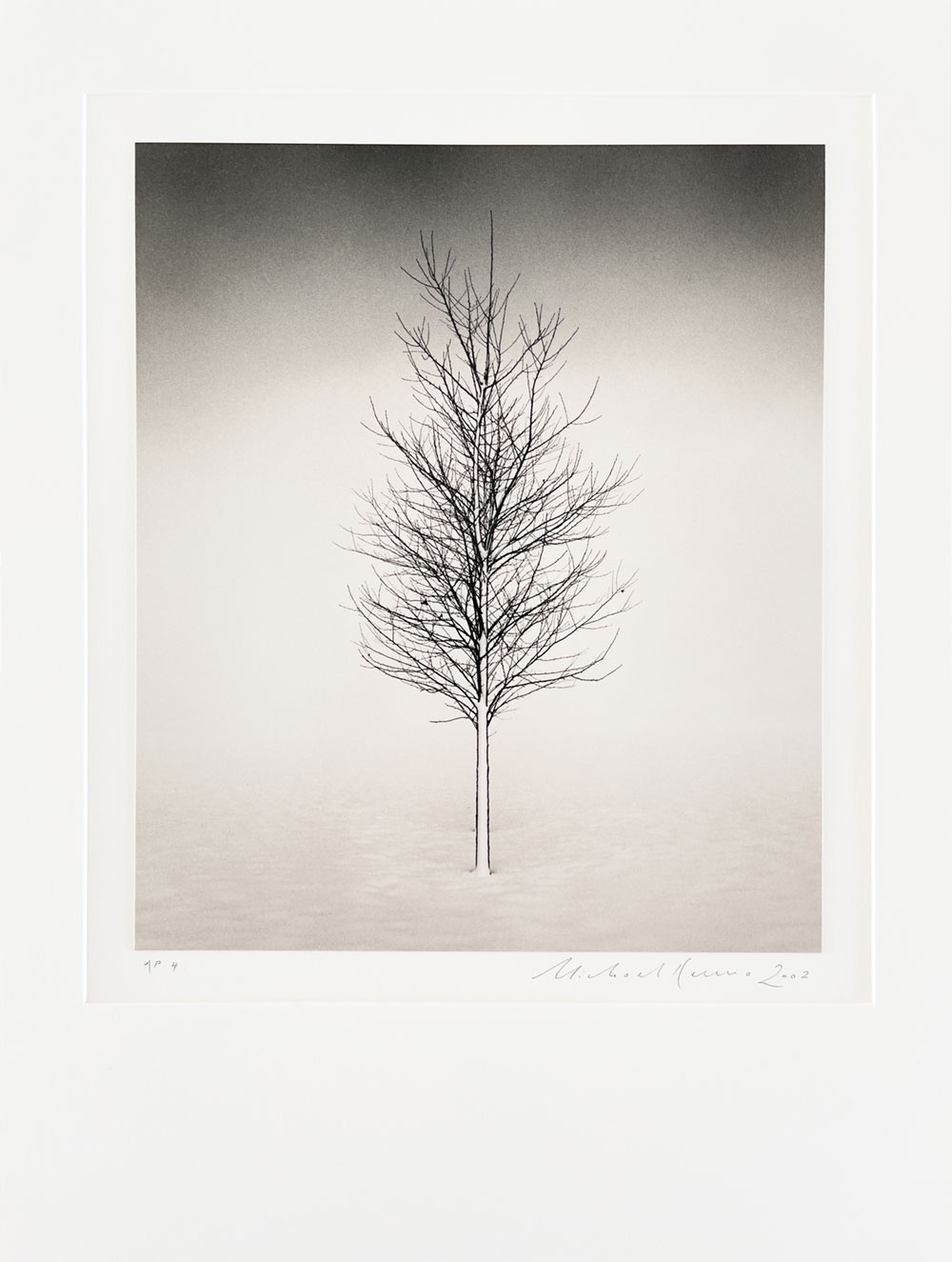 Michael Kenna signs and editions each mountboard below the print and includes the year the photograph was made after his signature. 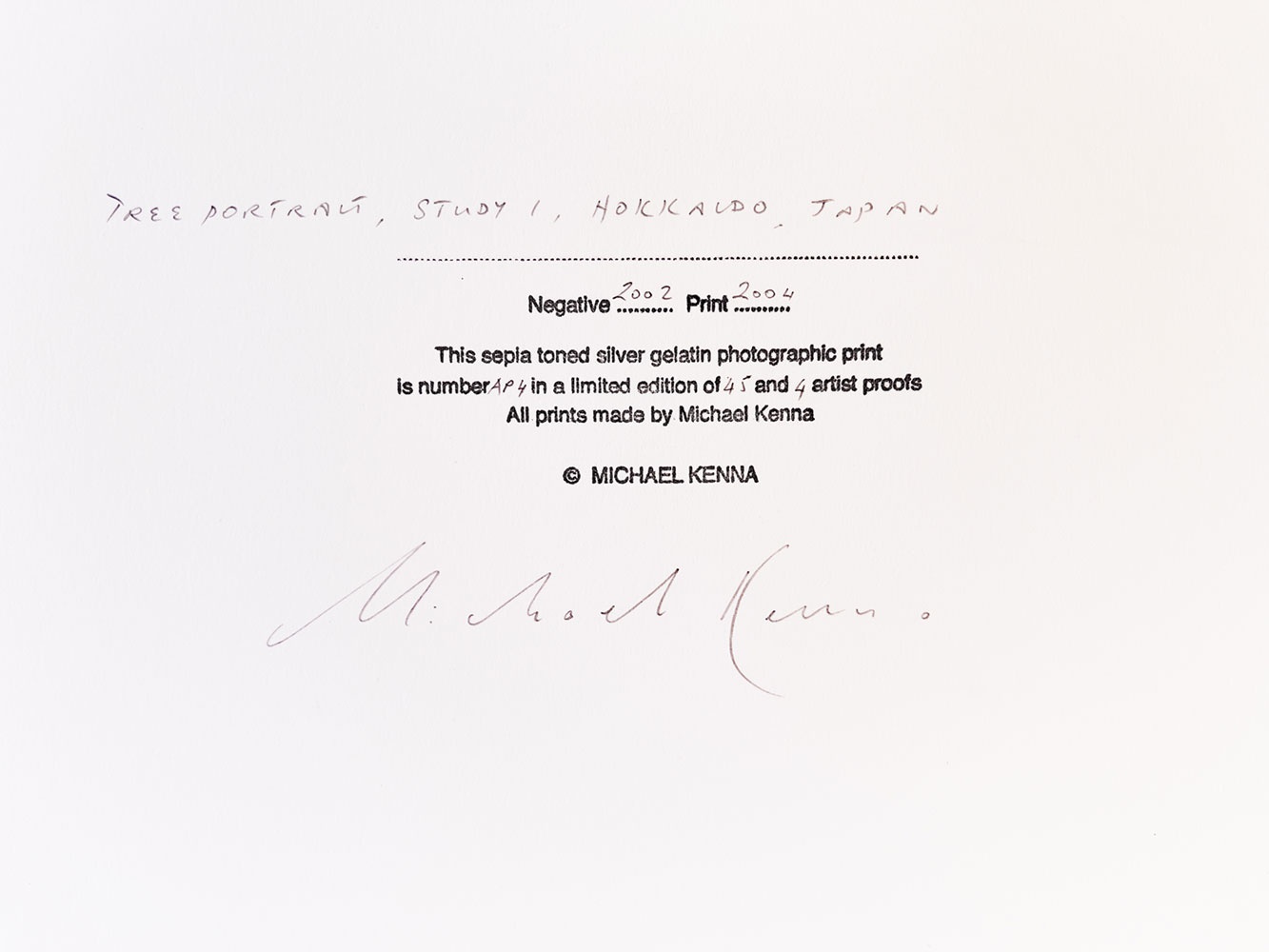 Michael Kenna has travelled the world to create his distinct black and white images of unpopulated landscapes. It was in the mid-1980s that Kenna first began to visit Japan and became influenced by an Asian sense of aesthetics. In 2002 he started his love affair with the northern island of Hokkaido, where his compositions became increasingly minimalistic and abstract, free from extraneous sensory information. In the interview extract below we hear the story behind his iconic photograph 'Tree Portrait, Study 1, Wakoto, Hokkaido, Japan 2002' which appeared as the cover of his Retrospective Two book, published by Nazraeli Press in 2004.
Read more

"Perhaps I was more intrepid seventeen years ago, or I have just learned a few lessons in survival since. Driving solo in a Hokkaido winter is probably not something that I would do now. I discovered this tree, or more accurately these trees, while out one cold, early morning exploring around Kussharo Lake in North Eastern Hokkaido. Earlier I had spun my car around 360 degrees on an empty, frozen road. Later, I had to be pulled out of a snow covered ditch by a passing truck. Between these moments of driving challenges I found some beautiful locations. One of which was Wakoto where these young trees were experiencing their first winters. I use the plural noun because the tree we see in the photograph has a smaller tree behind it. It is just possible to see the shadows of its tree trunk behind the front tree trunk. As a result the front tree appears to have more branches than would be normal. It had been a snowy night and the temperature was still a long way below freezing, so the young trunks themselves are still covered. I have revisited this tree almost every year since and have photographed its growth. Someday I will print them all. The small tree behind has long since disappeared. The first print was made in 2002 and the edition of 45 sold out in 2009. The print is in the permanent collections of The Yale Center for British Art, New Haven, Connecticut, USA, and The Portland Art Museum, Portland, Oregon, USA."  Michael Kenna 2019