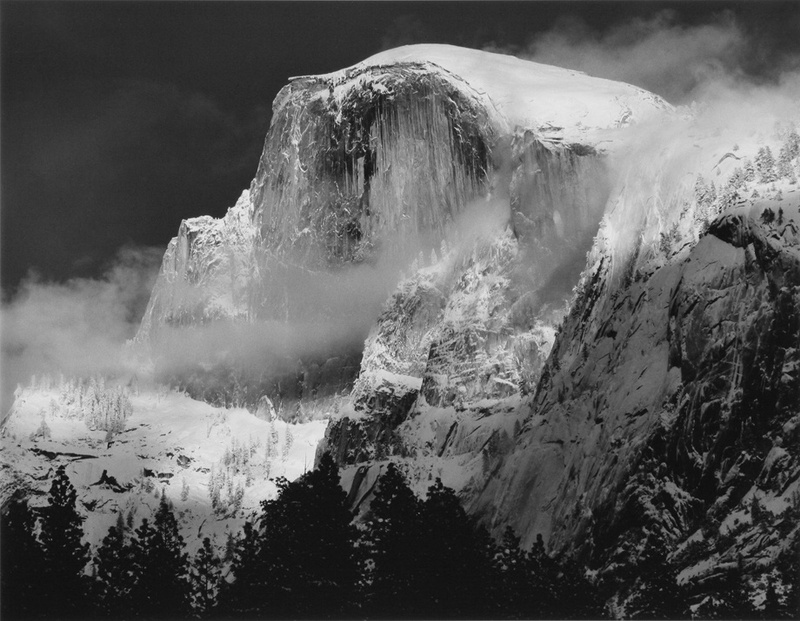 We are privileged to introduce you to the distinguished American landscape photographer Bob Kolbrener, who is widely regarded as one of the very last great masters of photography's traditional era, proudly carrying on the practice of fine black and white printing from his colleague Ansel Adams. Over fifty years he has conveyed the gravitas and vastness of the Great American West and Yosemite National Park in beautifully toned, hand-finished silver gelatin prints made in his studio darkroom.

Bob Kolbrener has always wanted to inspire a response. His crafted, elemental photographs come from a trigger within, a need to recognise and convey the richness he sees in beauty. Born in 1942 in St. Louis, Missouri and now living and photographing in the Carmel Highlands beside the California coast, his work shows the essence of the Great American West, the cathedral-like Yosemite National Park, and seascapes of California's churning Pacific coastline. He has exhibited widely across the USA and held solo exhibitions in Russia, China, Japan and Indonesia. Represented for the first time in Europe, we are delighted to introduce you to his evolving collection of these iconic landscapes.

Bob Kolbrener esteems 'straight photography' in the direct tradition of Ansel Adams. In his commitment to achieving this he goes out into the landscape as a prepared mind, often reacting quickly to make compositions in response to the fast-changing light and weather events in places of swirling character, such as Yosemite National Park. His photographs are made on film with a large format camera and forego any enhancement or modern photo-editing to either negative or print. His deep skill in the darkroom shows in the final print.

"Bob Kolbrener is one of a few special artists who take us beyond the literal in a traditional manner using 'straight photography' without the need for contemporary techniques such as multiple exposures, intentional camera blur and manipulated exposure. It is a formidable challenge to make this happen."  Luke Whitaker, Curator

"I look for something which excites me, generally these are short-term weather-related situations which require me to make decisions asap - which lens, which filter to use while trying to organise the composition and visualise the finished print for tonal values. There is no time to waste because the situation in front of me is changing so quickly. After I find the subject which is of interest, I then try to implement Edward Weston's concept of 'seeing plus'. This simply means that I need to find some way of presenting the subject that raises the bar, since everything on this planet has been photographed already, then the GREAT photograph is one that goes beyond the literal. It is a real challenge to succeed and I concur with Edward Weston's concept of 'significant presentation'."  Bob Kolbrener.

Limited edition silver gelatin prints are available up to size 40x50" on traditional fibre-based paper, handprinted by Bob Kolbrener himself. Each is selenium-toned for longevity and effect. Edition sizes are typically 50. Listen to Bob discuss his work in these videos here and here.