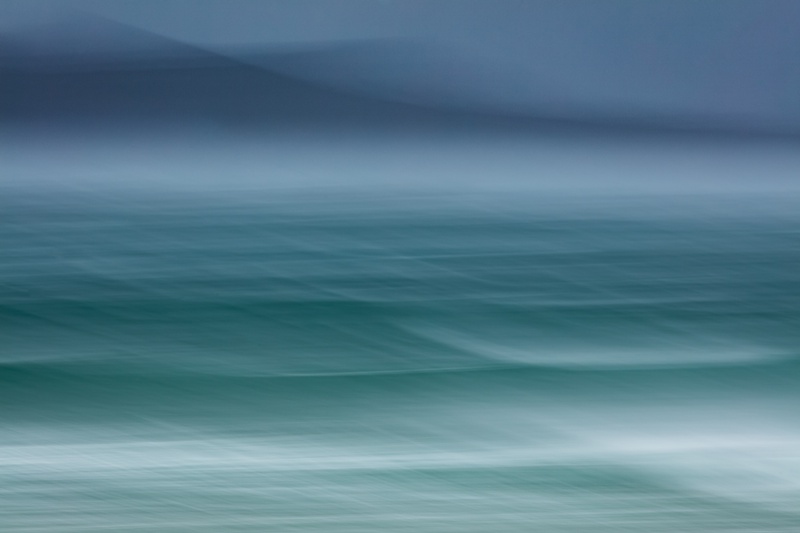 Rachael Talibart is an award-winning fine art landscape photographer famous for her dramatic photographs of Britain's coast. She grew up on the south coast of England in a yachting family and this close connection with the sea informs her work. Talibart graduated from the University of London with a Masters degree in Literature and Art and her work draws on themes she studied. She often works in the tradition of the 'Sublime', creating photographs that inspire awe and she finds the sea a fertile subject for this aesthetic.

For Talibart, the coast isn't the end of the land, it is the beginning of imagination and possibility. In her work, she expresses the many moods the ocean provokes, from serenity to exhilaration. As a child, during long sea crossings, she watched the waves and became fascinated with how they moved and the shapes they made. She felt as though the waves were alive, like creatures reaching out from unknown depths. In naming her critically-acclaimed Sirens series after mythological beings, she connects with this childhood experience and also with her studies of Homer at university.

Talibart is rigorous in her practice; she uses in-camera skills to depict what she has seen in an imaginative way, and aims to create photographs that transcend time and place, often excluding landmarks and avoiding titles that reference specific locations; she prints every new photograph in her studio and often lives them on her walls for months before deeming them fit for publication. She has exhibited internationally and her limited edition fine art prints appear in notable private collections. In 2017, a limited edition book of her coastal work was published and sold out within 24 hours. In 2018, Sirens was published as a fine art book and a selection from the portfolio was featured in the prestigious Sony World Photography Awards.

Talibart is an experienced public speaker and writes frequently for magazines. She was described as one of 'the best outdoor photographers working in the UK today' by Outdoor Photography Magazine (2016) and is a judge for the annual Outdoor Photographer of the Year competition.

Black and White Photographer of the Year 2018