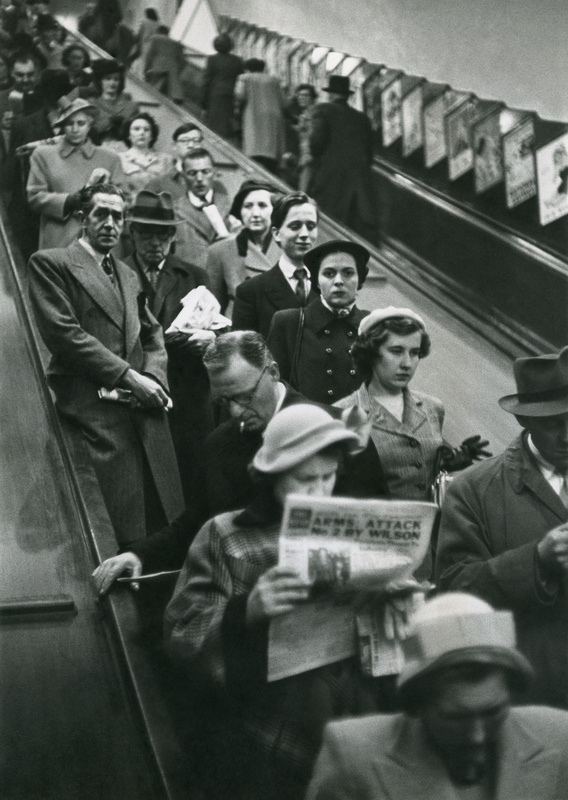 © Henri Cartier-Bresson, Magnum Photos Inc. | During rush hours in the Piccadilly underground, its eleven escalators are kept crowded with commuters. They can carry over 10,000 passengers an hour, can even take care of all the extra Festival traffic!
View works
Share

"To take a photograph is to align the head, the eye and the heart. It's a way of life."

Henri Cartier-Bresson (1908-2004) was one of the most original, accomplished, influential and beloved figures in the history of photography. His dramatic black and white works are among the most iconic images of the 20th century, and helped transform photography from a scientific curiosity into a modern art form.

Cartier-Bresson brought to the medium the eye of a painter and the temperament of a philosopher. He gave his discipline purpose, and the resulting images persuaded the world that photography was not simply the mechanical reproduction of life but a valid form of self-expression. His theory that photography could capture the meaning beneath the outward appearance of an event in an instant of extraordinary clarity was best expressed in his book Images à la Sauvette (The Decisive Moment, 1952). He largely created the natural, observational style that came to govern photojournalism, a profession whose independence of spirit was nurtured in the agency he co-founded in 1946, Magnum. He covered many of the world's biggest events from the Spanish Civil War to the French uprisings in 1968.