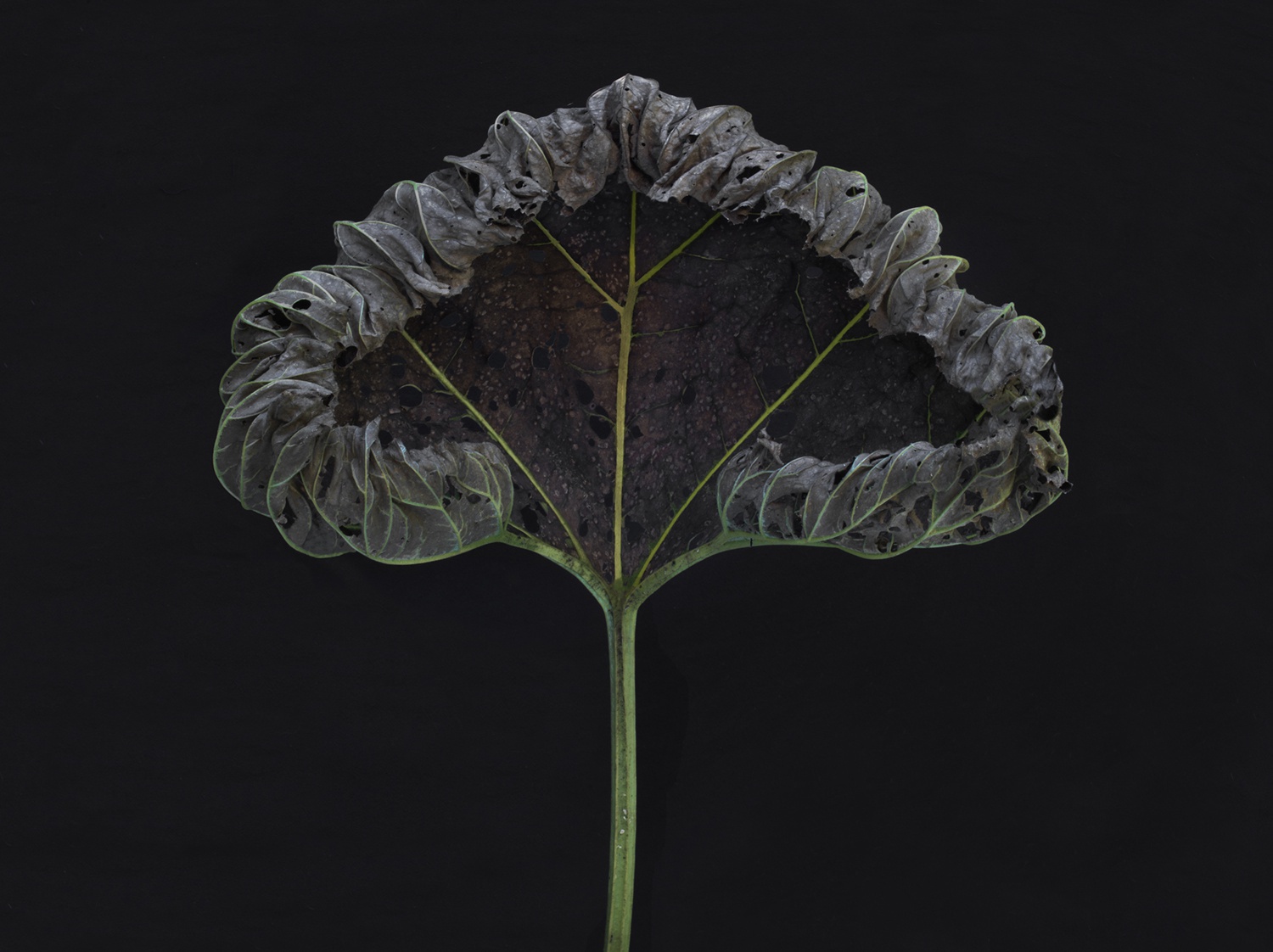 "In late March I have always marvelled at the knobbly first shoots of these giant leaved plants and known that a mere eight weeks later they would present themselves in their best performance with leaves that span more than 24 inches.

By early September they begin to be eaten and toward the end of the month, they become disfigured and start the process of collapsing.

I could not accept that their beauty could not be maintained despite their metamorphosis as they died. As if to confirm my feelings,in the morning sun one leaf had curled its edges into silver ripples and with a luminosity to it's still green veins below, I felt compelled to honour it in its dying."  Charlie Waite