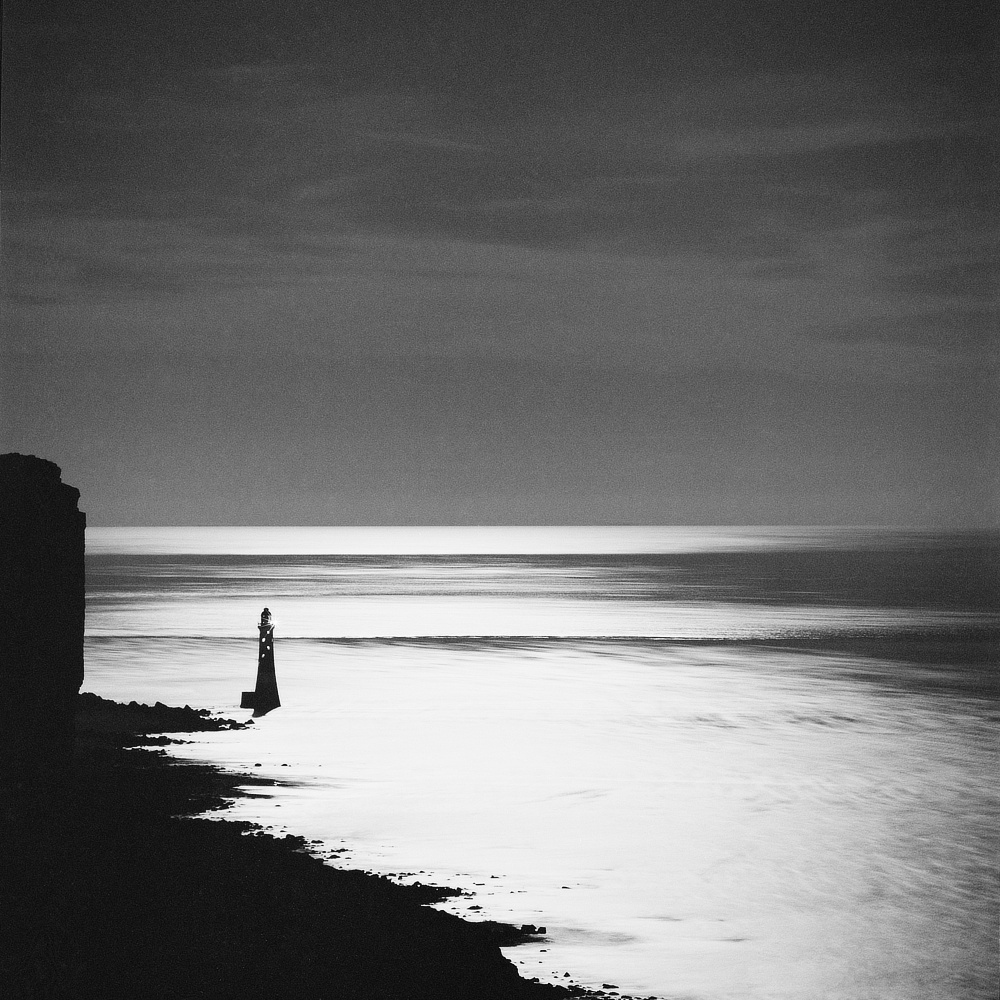 Black & white landscape photographer Angus Haywood (b.1967) is one of the gallery’s most exciting emerging artists.

His interest in black & white photography began in the 1980s and is now using a Hasselblad medium format film camera, but he has only been able to pursue his career in the arts after retiring as an airline pilot in 2016, after flying in Britain, Europe, and within the Middle East.

His work is deliberately minimalist and his graphical compositions show traces of artist photographers like Fay Godwin, Michael Kenna, and Bill Brandt, who have been a source of inspiration.

Haywood uses black & white film and hand prints all of his exquisite silver gelatin prints in a traditional darkroom, all of which are available in editions of 45.

Haywood grew up within the landscape of rural Dorset around Sherborne, and now lives near the water of Chichester Harbour Nature Reserve. His first Monograph ‘Chalk Hills White Horses 2016’ is a book celebrating the white horse and hill figures etched into the landscapes of Southern Britain with accompanying artwork by varied artists, and is available to view in the gallery.